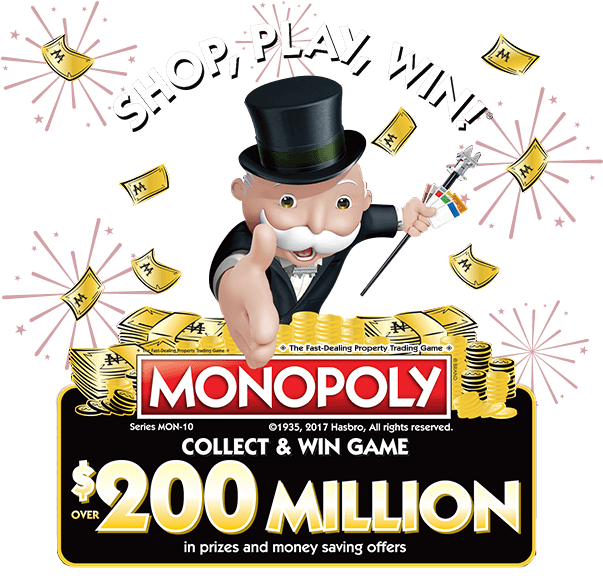 If you're playing Albertson's Monopoly 2017, you shouldn't bother collecting a whole game board of pieces. That's because most of the pieces are VERY common and VERY easy to obtain. The winners will be determined by who finds the RARE game piece for each prize.

Listed below are the prizes, the odds of finding the rare game piece (with 1 ticket), and the number of total game pieces you need to obtain that prize.

Note that for the eight largest prizes awarded, you also need a semi-rare game piece, of which the odds of obtaining are 1 in 5000. If you get the semi-rare piece, don't feel special, as there are many thousands of them out there. However, if you get the rare piece, you should be able to buy the semi-rare piece from someone on the internet. Do not overpay for the semi-rare game piece! Some people may try to trick you into splitting the prize. Don't do that. You should be able to get one for $100 or so, as there are THOUSANDS of them, and they will all be worthless except for the very few matched with a rare piece.

You may take a look at this thread on my Vegas Casino Talk forum, where I make a yearly Albertson's Monopoly thread. Feel free to post your trade requests on that forum (you need to register an account and verify e-mail).

Official site for the game